Travel in time with Delacroix, Rodin and one of the most celebrated families in history 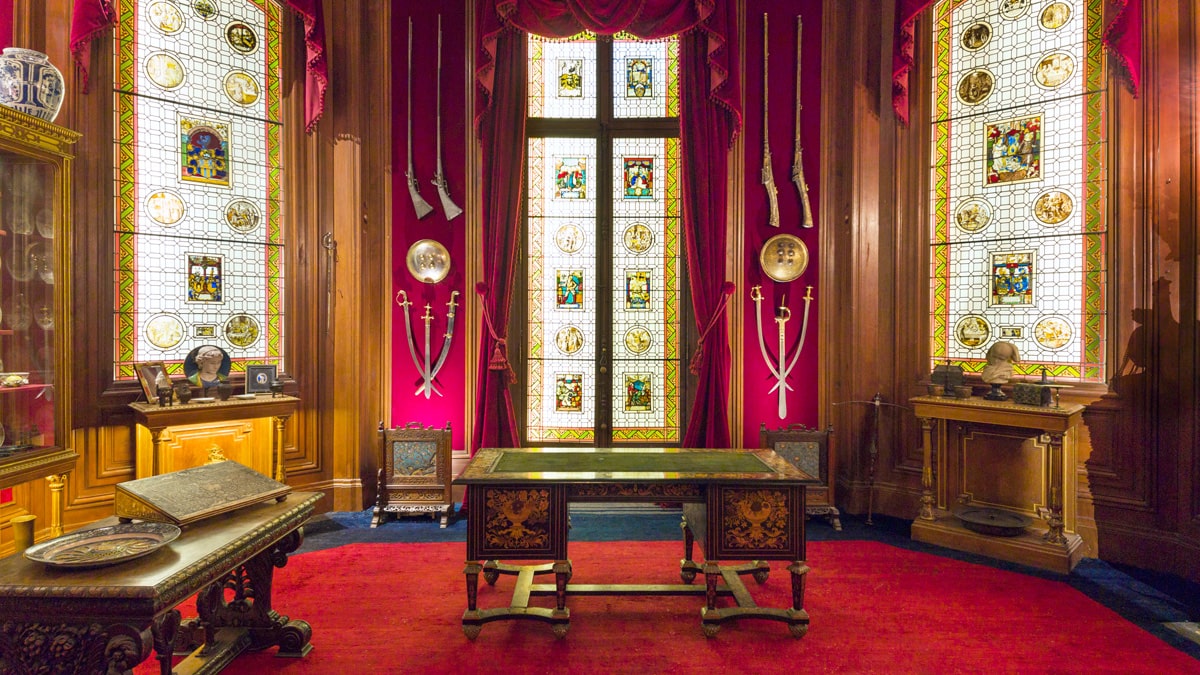 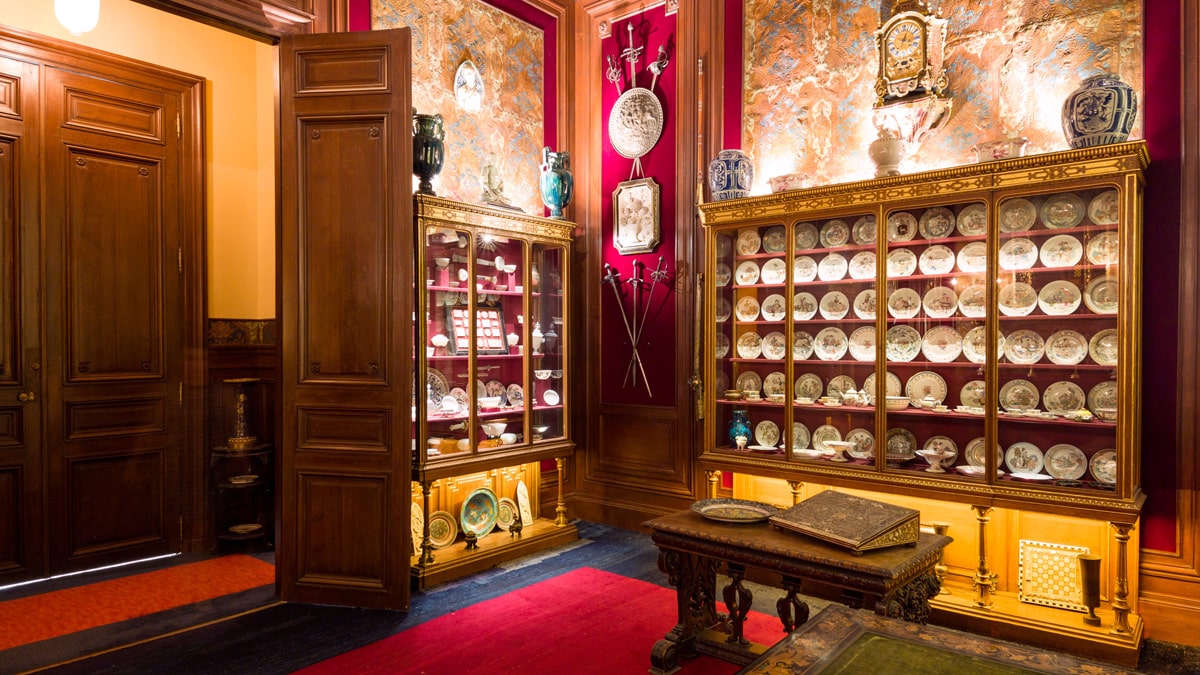 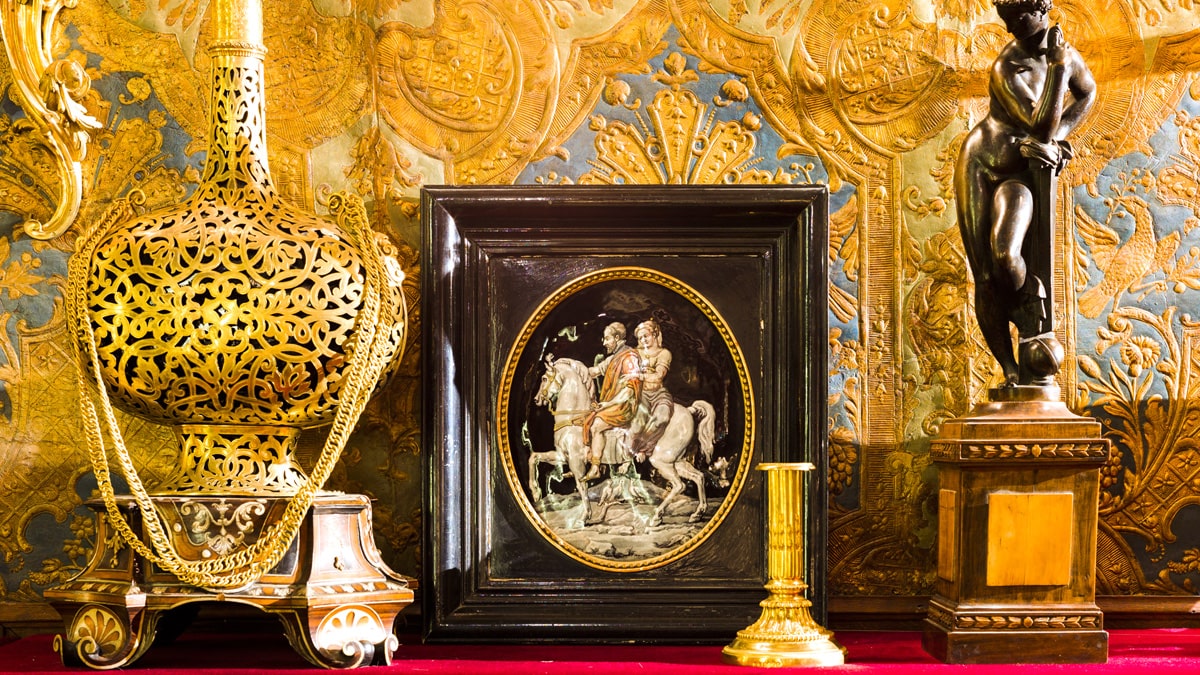 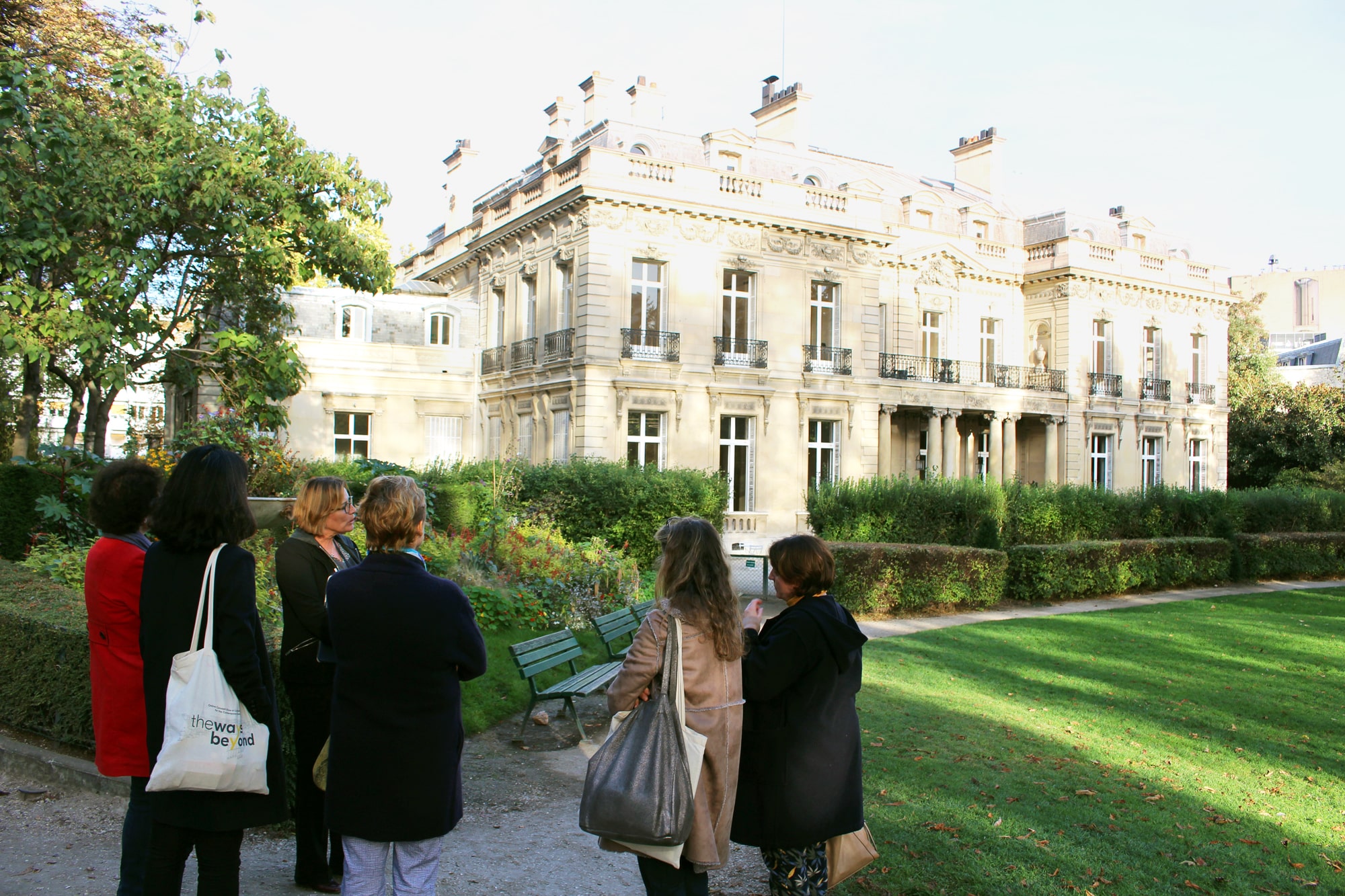 On request by email at private@thewaysbeyond.fr
Max. 10 pax per visit. Possibility to organize 2 groups of 10 pax in parallel.

English or French
Other languages possible on request

Thank you to let us know of any disability in advance and to arrive at least 10 minutes in advance so as to better welcome you.

Due to security measures and legislation, an identity check will be carried out; your ID will be kept by the security personnel during the visit and given back by the end of the visit.
Overshoes will be distributed before entering the cabinet to help protect the 19th cent. carpet.

In the heart of Paris, 10 minutes’ walk from the Champs-Elysées and the Arc de Triomphe, a hidden artistic treasure is now open to the public – the Cabinet of Curiosities of Salomon de Rothschild. Where TheWaysBeyond welcomes you in small groups and offers lucky visitors a unique experience of entering the intimacy of the Parisian High Society of the 19th century.

It is in a magnificent Parisian mansion typical of the 18th century, yet built in the heart of the luxurious Plaine Monceau between 1873 and 1882 by architects Léon Ohnet and Justin Ponsard, that you will immerse yourself in an exceptional collection, a reflection of the spirit of the Rothschilds and of the 19th-century Paris.

But before discovering this “museum-mausoleum” built by Adèle de Rothschild in memory of her late husband, Baron Salomon de Rothschild (son of James de Rothschild, founder of the French branch of the famous bank), you will discover the particular history of the place where the “Folie Beaujon“ was once built, and where Balzac lived with his wife, Madame Hanska. Today surrounded by public and private gardens, the property also hosts the Balzac rotunda, built in memory of the famous writer by Adèle de Rothschild, a great patron of the arts and a friend of artists of all times.

The highlight of the visit is the Cabinet of Curiosities, which reveals itself in all its glory like a theatre set! In this precious and intimate place of barely 40 sqm, and left untouched since the death of the Baroness in 1922, you will discover rare objects gathered by this extraordinary couple. In the company of a professional guide, marvel at the eclecticism of a collection of more than 350 objects, built as a tribute to the creativity of artists and craftsmen: from the delicacy of works by Delacroix, Rodin or Della Robbia, to the astonishing collection of jades from the Qing period, not to mention the walls covered with rare Cordoba leather or a prodigious 17th-century Venetian writing desk in walnut inlaid with colored mother-of-pearl You will also learn how Baroness de Rothschild, a major philanthropist, managed to preserve her precious heritage while supporting emerging artists.

This unusual discovery in the heart of Paris is a real dive into the intimacy of the Baroness. It will allow you to approach this secret and influential family, but also to visit a singular place, witness of Parisian Histories and where the President of the Republic Paul Doumer was assassinated!

Highlights of your visit:
– Discover the secret gardens behind the Salomon de Rothschild’s former hôtel particulier;
– Learn how Adèle de Rothschild’s will still benefits today to young French artists;
– Get to know one of the most famous families, which nevertheless remains so unknown;
– Let yourself surprise by so much richness in just 40 square meters!

Booking & Information
On request by email at private@thewaysbeyond.fr

TheWaysBeyond is a signatory to the Caring Attitude charter of the Paris Tourist Office.
In this sense, this visit complies with current health and safety instructions, with the guide wearing a face mask and respecting physical distancing practices and other government-recommended preventive measures.
Participants are asked to please wear a mask and respect physical distancing practices when walking together on the tour.