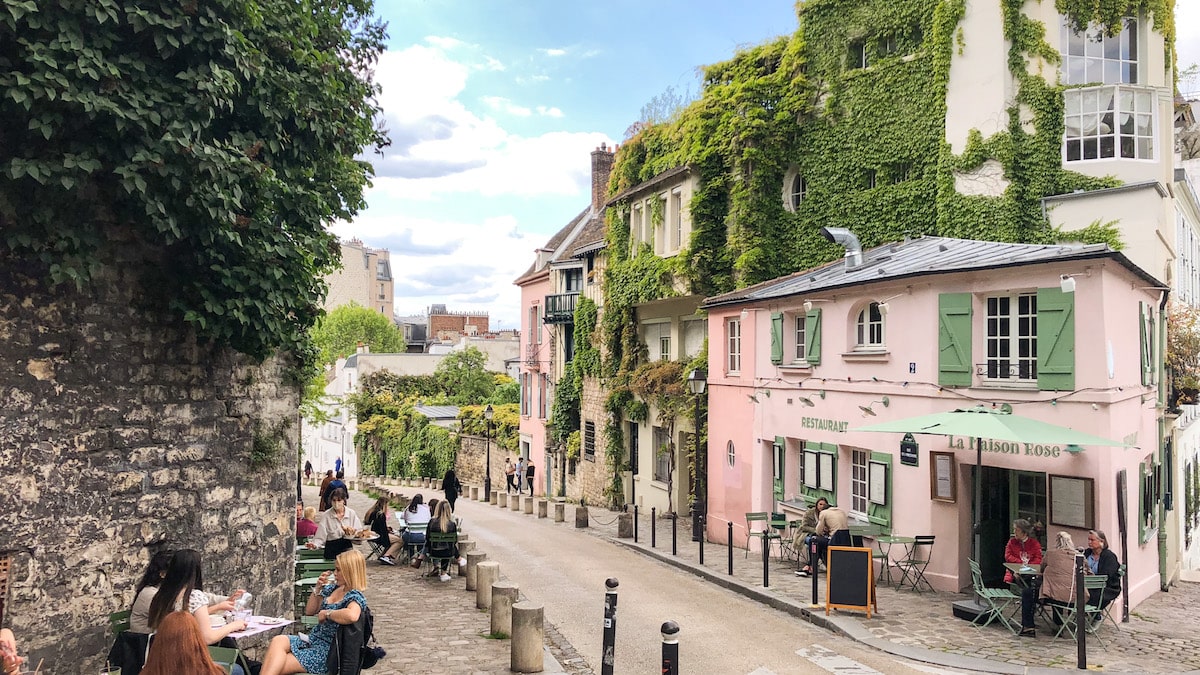 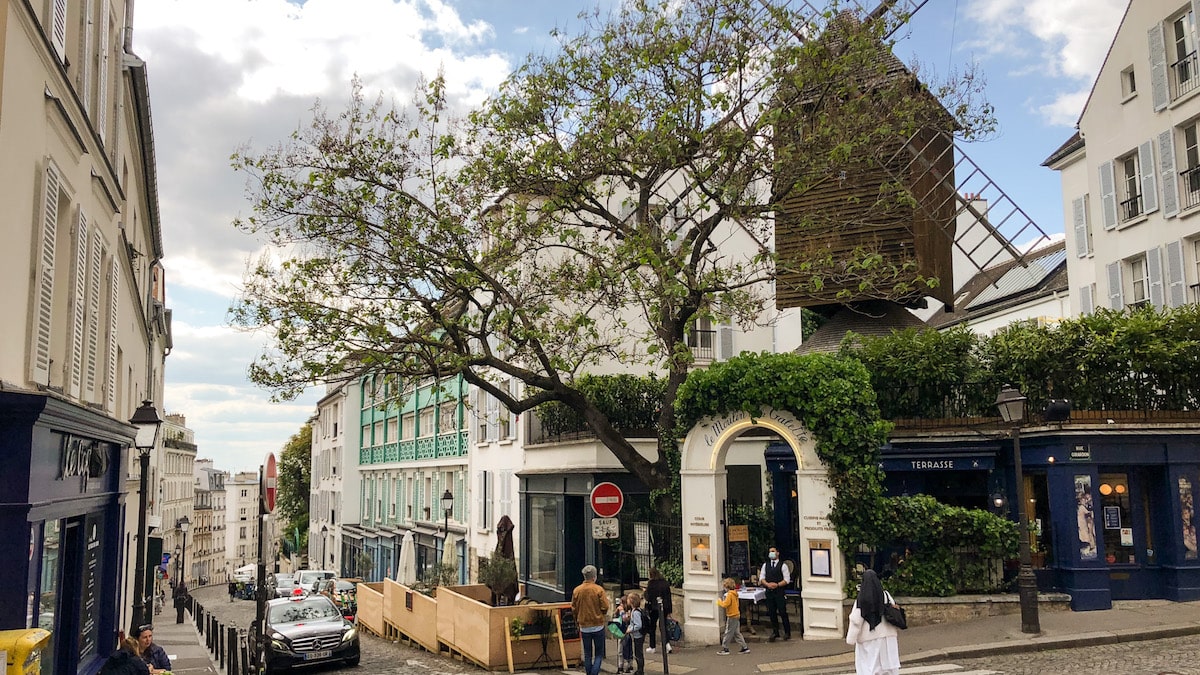 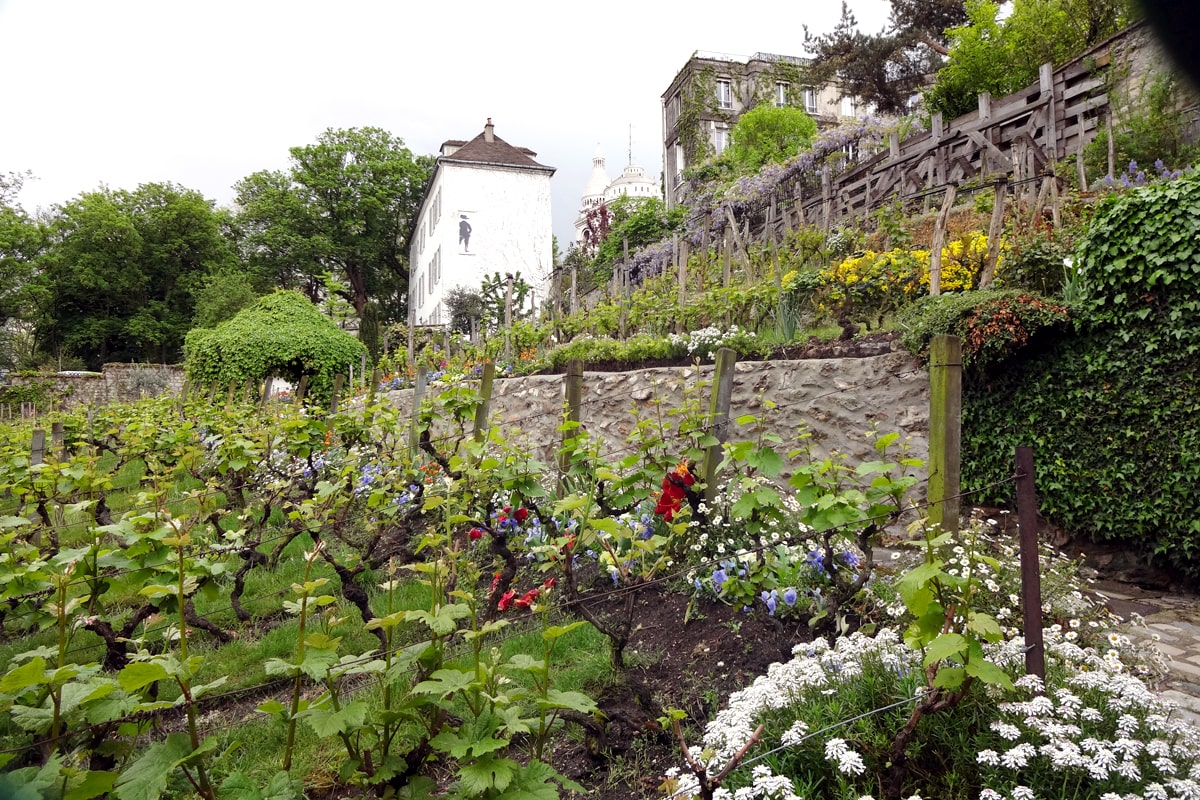 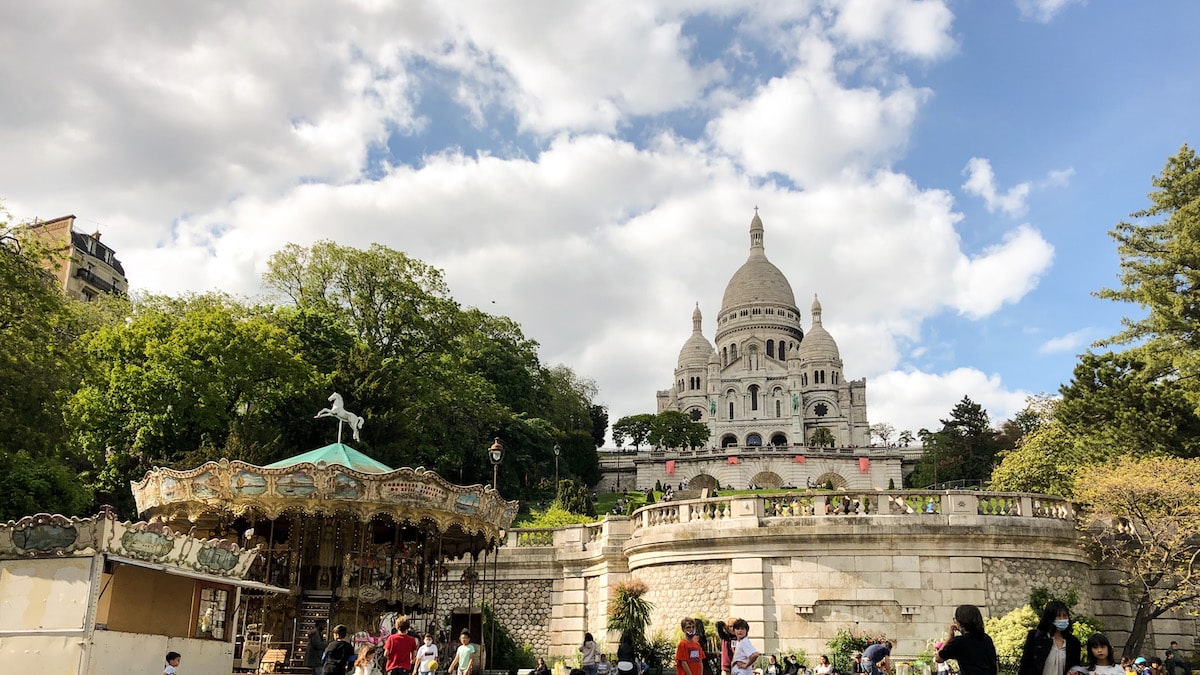 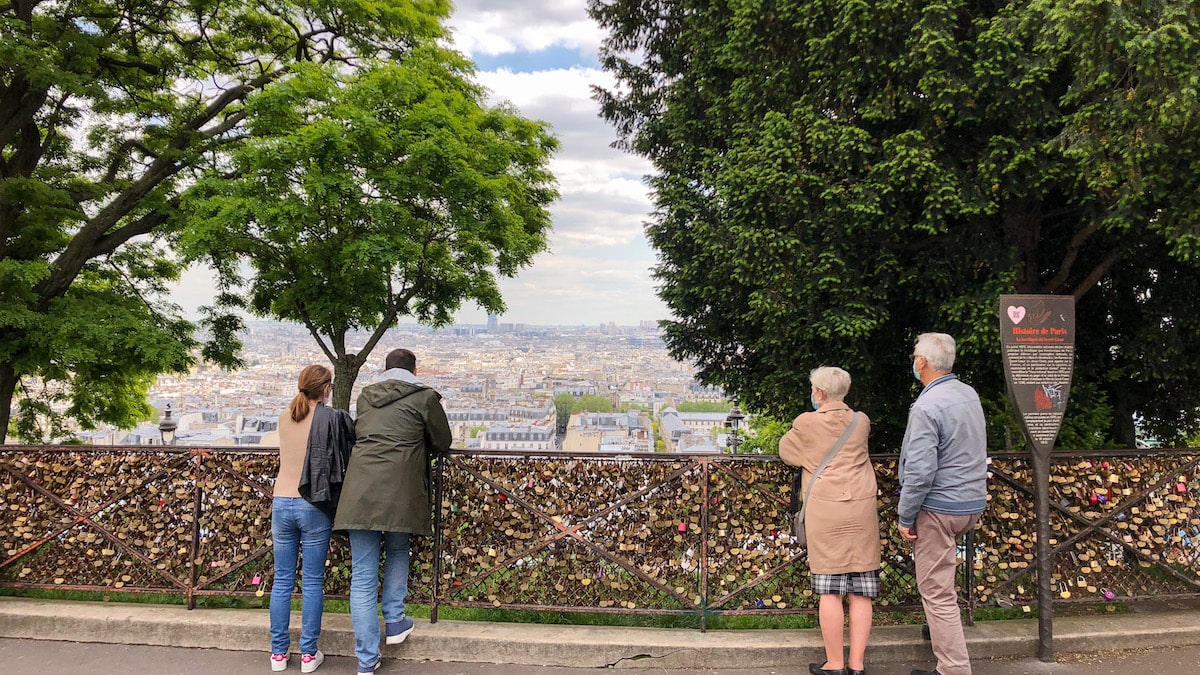 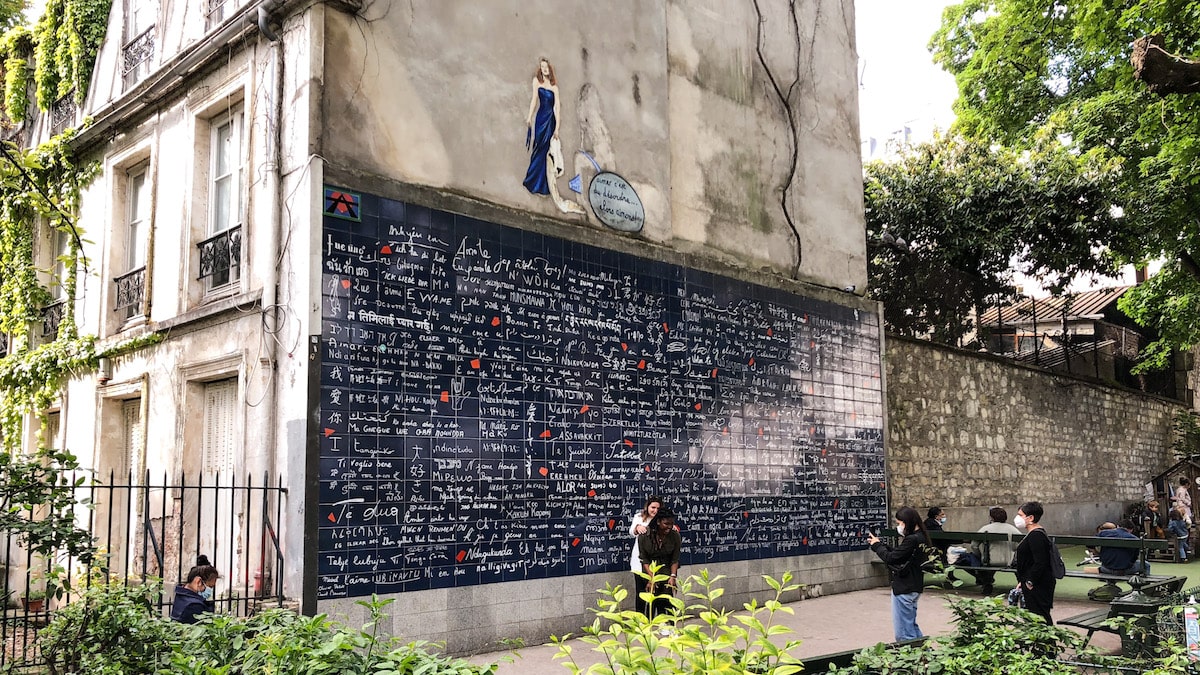 – See available date in the list above
– Language: French (English translation when needed)

Due to the steep and cobbled streets, the walk is unfortunately not easily accessible for people with reduced mobility.
Please do not hesitate to contact us by email for a possible adaptation of the walk.

Don’t Be an “American Tourist in Montmartre”!

From the North of Paris, in the very heart of the 18th arrondissement, Montmartre looks out over the capital. From the highest point in Paris, this charming neighbourhood with a rich artistic past is well-known for its winding cobblestone streets, vintage shops and quaint eateries. Today a not-to-miss highlight for tourists, it is nevertheless the favourite playground of many Parisians too!

When you think of Montmartre the first thing that comes to mind is the city skyline: the stunning view of the city from the esplanade of the Sacré Coeur Basilica, embracing in a generous panorama the famous Parisian zinc roofs, the towers of the Notre-Dame-de-Paris cathedral, the Panthéon, the Pompidou Centre of Arts and the Opera Garnier. Despite its young age, the Sacré Coeur – roman catholic church majestically situated on top of a hill– is one of the most important icons of Paris. Built at the beginning of the 20th century, the Basilica is however the tree that hides the forest!

The Montmartre hill indeed keeps its best secrets and mysterious discoveries to itself and only reveals them to the most curious! A legendary site at the top of the list of Parisian must-sees, the district was immortalised by the many artists who lived there at the end of the 19th century: Picasso, Utrillo, Toulouse-Lautrec, Renoir and Van Gogh, all these artists, writers and bohemians gathered in flamboyant cafés and other crowded cabarets. And many signs of these eternal “Parisian flâneurs” and of this bohemian life still punctuate this small village tainted with an authentic and rebellious character.

The Pink House, the Bateau-Lavoir or the Moulin de la Galette remain testimonies of these times, sometimes to be seen in some of the films that have best translated the magical atmosphere of Montmartre: Woody Allen’s “Midnight in Paris” (2011) of course, but mainly Jean-Pierre Jeunet’s timeless “Amélie “, have immortalised the spirit of Montmartre, that of a world full of possibilities offering everyone the freedom to write their own “great novel” or paint the next avant-garde masterpiece!

TheWaysBeyond invites you to a unique discovery of Montmartre, away from the tourist tracks, in the forgotten alleys where many major artists still live and work today. Follow us in the footsteps of the great immortal artists to discover this Bohemian Paris: the hidden face of Montmartre!

Highlights of your guided tour:
– Get away from the tourist tracks of the most famous districts of Paris;
– Get up close with a whole generation of artists who have revolutionised Art History;
– Embrace a breathtaking panorama of the greatest Parisian monuments in a single glance;
– Learn how to pronounce Montmartre and the names of other important Parisian monuments;
– Walk in the footsteps of Audrey Tautou, aka Amélie Poulain, and maybe even take a ride on the magical Montmartre carousel! 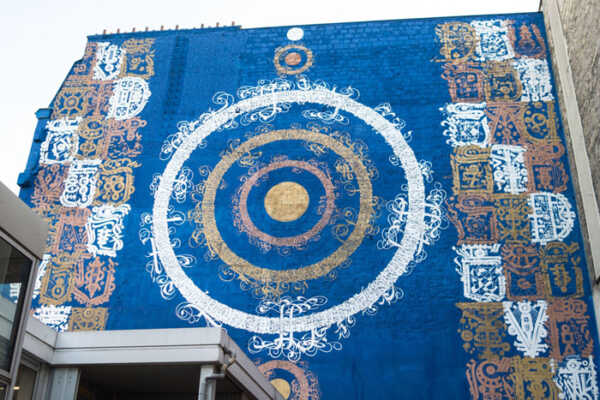 Paris Differently, at the Goutte d’Or – The Other Montmartre 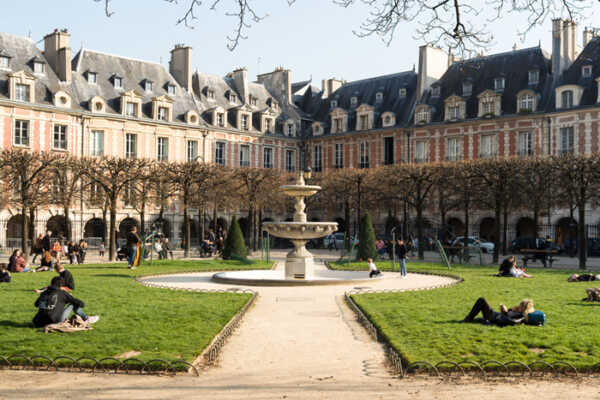